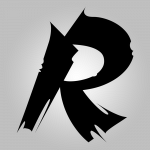 I am pseudonymously called Rockynic. I have a great interest in the R2D franchise created by PlaceRebuilder.

I am currently a moderator for his recent game "Reason 2 die awakening". Do not hesitate to contact me in case of problems.

The most effective way to get in touch with me is via Discord.

It all started during the summer of 2014 (I had already played the game previously but without real interest).

I discovered the old R2D through the main page of emerging games filled with potential.

I became completely inspired by the concept of the game but I remained silent through the community until the announcement of the sequel "R2DA".

When R2DA was officially released, I started quietly proposing ideas to improve the game I love so much.

At first, I was proposing unreflective concepts.

It was in late summer 2016 that I had the brightest idea of my career.

I understood that if a suggestion was only composed of texts, the readers would not be really attracted to it.

Faced with this situation, I started to make logical ideas and GFX in connection with the suggestion.

Then, these ideas were surprisingly popular to the point where the creator of my favorite game accepted one of them (it was an addition that would greatly influence the game).

I was promoted to chat moderator by PlaceRebuilder on January 28, 2017.

I applied to become an in-game moderator and was hired by Jopede on March 4, 2017.

Look at my many other suggestions: http://r2da.wikia.com/wiki/User_blog:Rockynic/Concepts_Directory.

If you see this, your JavaScript might be disabled or DiscordIntegrator plugin isn't working. If the latter, please contact a wiki administrator.

Rockynic's eye (I see everything you do this Wikia)

Retrieved from "https://r2da.fandom.com/wiki/User:Rockynic?oldid=864984"
Community content is available under CC-BY-SA unless otherwise noted.