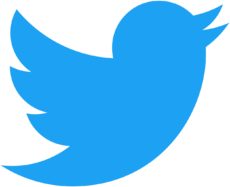 Twitter Redeem Codes are codes obtained from PlaceRebuilder's Twitter account, @XelPixels, and you get random items in bunches, such as Skincrates, whenever you enter a code. This system was added in v0.8.4. but wasn't in use until a day later.

A Twitter code generating system was added to R2DA in v1.1.5, along with a random item and amount. This was removed after SWAGER21 started posting the code on the discord, #r2da-twitter-codes, which were almost always Phial of Galadriel codes.

You can redeem codes in the main menu. The input area is seen under the Map and Gamemode rectangle which is in the top-left corner. It may be hard to see if the contrast is bad against the white text. Gamepads cannot select the code box. This bug makes it so you can only redeem a code on a PC or Tablet.

How long it will be until the next code is released will fluctuate. If you cannot redeem the code, you may have slow connection problems. Please wait and you will receive your reward. You get various items from all of these codes below.

(The date is Day/Month/Year, not Month/Day/Year, as PlaceRebuilder uses the European Date Format.)

Community content is available under CC-BY-SA unless otherwise noted.
Advertisement