The Store is the bread and butter of R2DA - nothing gets done without it. The Store is where you buy and equip Weapons, Items, Armors and Mounts. It also holds the Event Store, which sells limited-time items and zombie costumes. 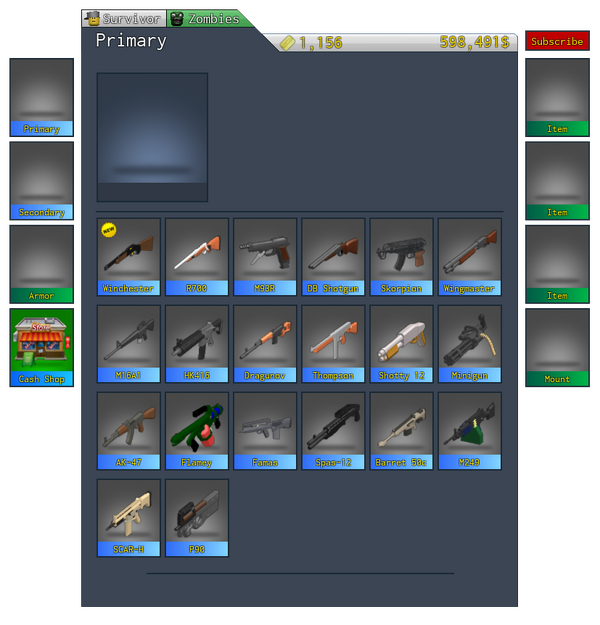 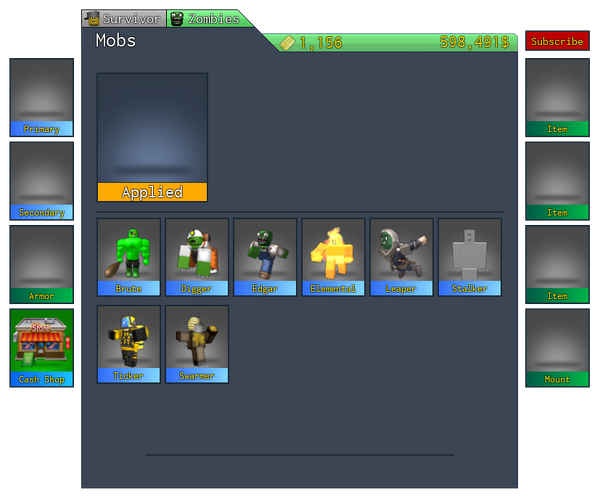 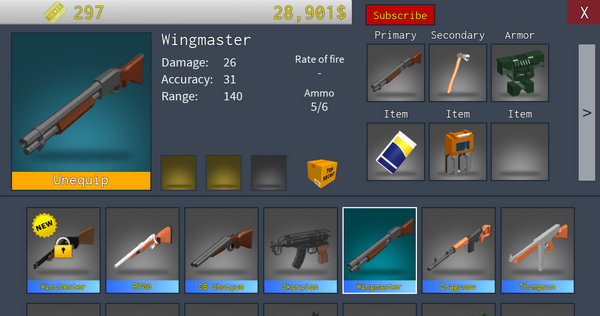 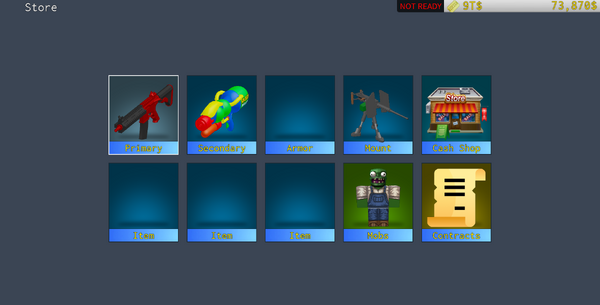 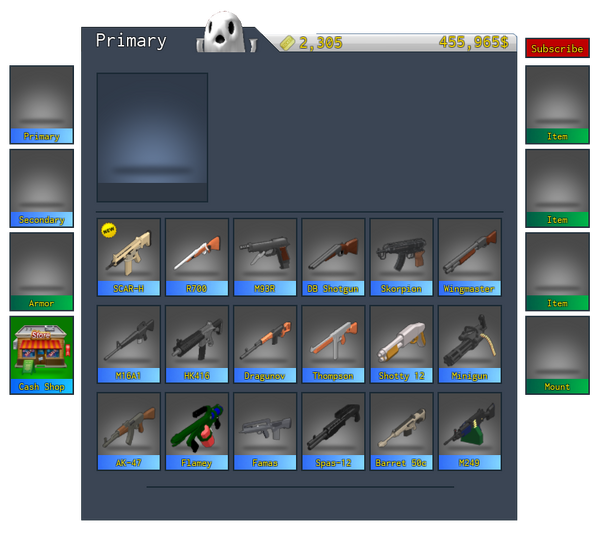 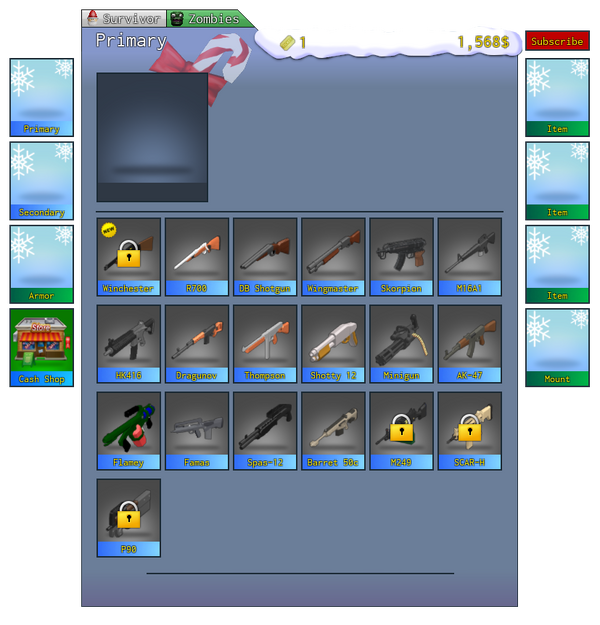 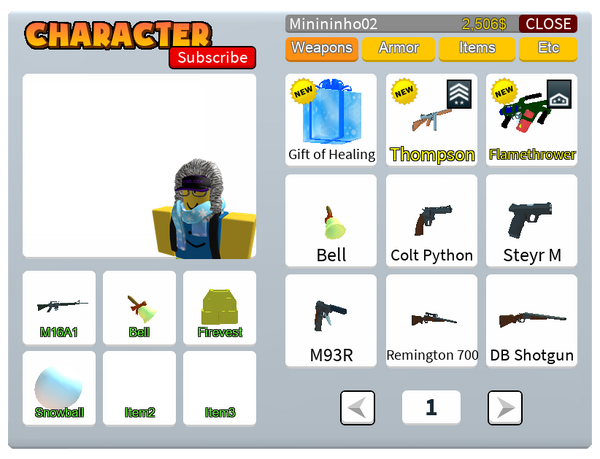 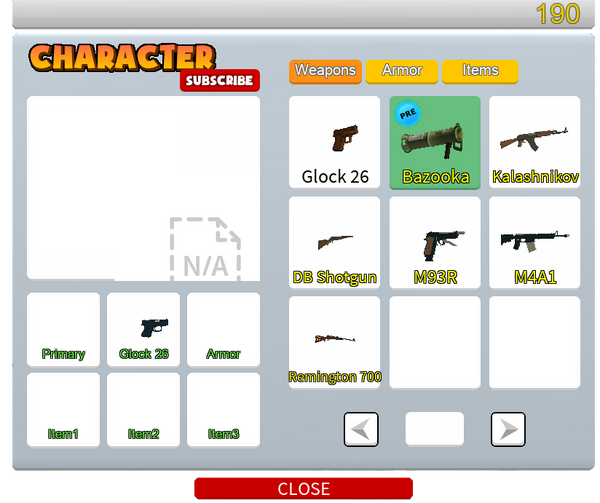 Used to buy and equip primary weapons, such as shotguns and snipers.

Used to buy and equip secondary weapons, such as pistols and explosives.

Used to buy and equip armor.

Used to buy and equip items. You can hold up to three different items.

Used to equip mounts, which can be obtained through event chests as well as through Gamepasses.

With this enabled, you automatically auto-buy one unit of any equipped item or armor when a round starts. This feature doesn't auto-buy Event Store items or the Snowball outside of events.

When viewing a zombie or a weapon, you're able to use Mob Skincrates and Skincrates respectively. You can also equip Zombie Costumes or Skins. For weapons, you can buy and equip Attachments.

The interface in these versions is made less complicated to compensate for the limited control.

Retrieved from "https://r2da.fandom.com/wiki/Store?oldid=921911"
Community content is available under CC-BY-SA unless otherwise noted.