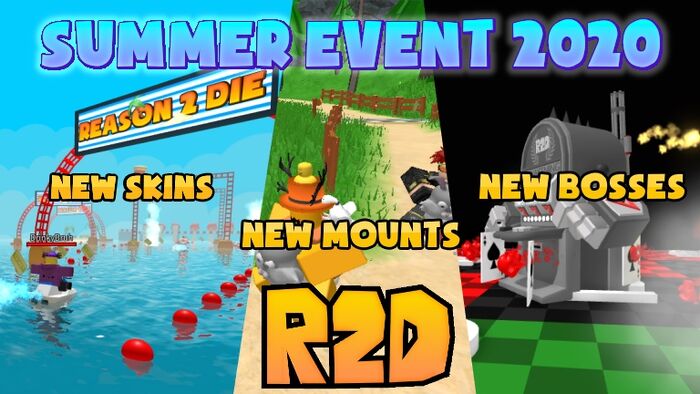 The R2DA Summer Event 2020 is the second summer event in R2DA, though there were two other unofficial summer events. A teaser for the original R2DA Easter Event 2020 was uploaded to PlaceRebuilder's Twitter account, @XelPixels, on March 28th, confirmed the return of Open Fields from the original Reason 2 Die game, which was only available during that game's Easter 2015 event. As such, this is when many believe the event itself was confirmed.

However, the event was postponed due to the lack of progress. This led the event to be renamed and new content to be added. As such, some Easter-related items were carried over to the R2DA Summer Event 2020. At the same time as this event was released, the R2DA Lucky Day Celebration was released. The additional event was likely the catalyst for the delay.

Retrieved from "https://r2da.fandom.com/wiki/R2DA_Summer_Event_2020?oldid=954265"
Community content is available under CC-BY-SA unless otherwise noted.