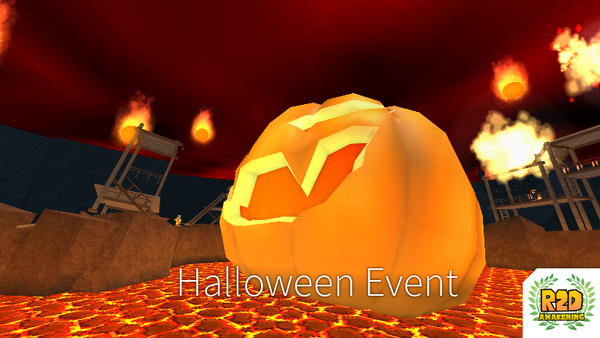 The R2DA Halloween Event 2016 was an event which celebrated Halloween in the second half of October. It's a follow-up to R2D's last Halloween event from 2014. It features the reveal of Lord Pumpkin's son, Lord Pumpkin Jr. (otherwise known as Lord Pumpkin the Second) as the boss for this event, as well as the return of the Halloween obstacle course, albeit with a much different form this time around.

+ Added new winscreen
- Removed Lord Pumpkin Jr.
- Removed Halloween Bootcamp
Note: Eventstore is up for 1 more week
so you can use up your last tickets

Retrieved from "https://r2da.fandom.com/wiki/R2DA_Halloween_Event_2016?oldid=939668"
Community content is available under CC-BY-SA unless otherwise noted.