Start a Wiki
watch 02:21
The Loop (Games)
Do you like this video?
The Error Console is menu that allows users to pinpoint scripting errors to report to PlaceRebuilder, allowing him to patch glitches. You can access this menu in-game by typing "/console" into the chat, or double tapping the top right corner on Tablet. 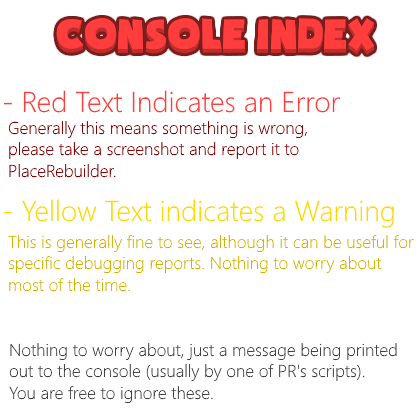 Retrieved from "https://r2da.fandom.com/wiki/Error_Console?oldid=855900"
Community content is available under CC-BY-SA unless otherwise noted.