This guy is high on cheese puffs right now.

Who, and why, did people vote for Yandere Simulator?

The obvious choice to choose is baked cookie dough.

Then I guess I would say, the boss is a waste of time.

Bruh, in your dreams maybe.

Anyone who doesn't vote Xmas is a boomer.

@XTso | Players associate the problem with Chinalake because, the Spawning Mechanics in R2DA have been like that since the last update. Then kapow... Chinalake appears and now explosive spam becomes 10x worse and zombies practically become pigs in a slaughterhouse. The reason Chinalake has become such a hated weapon is because of its ammo capacity, the reason no one really cared about RPG spam is that the RPG was an ammo-hog, only getting one piece of ammunition back per reload at an ammo station. Chinalake? No, no, no, China lake reloads fully at an ammo station which is, to say the least, a very poor decision to make for a weapon of its calibre. Could you imagine an RPG that fully reloaded at an ammo station? And instead of it doing 1500 damage, it instead shot out little pellets that did 1/3 of their original damage? Well, that's essentially Chinalake. A weapon which costs the same price as the RPG, but for lower ranks, does 500 damage, meaning it's capable of one-shotting every zombie except for brute and champion, it has 4/2 ammunition, fairly high accuracy, a good fire rate for a grenade launcher, and fine radius. Do you see any problems? Do I need to put it in black and white? Chinalake is associated with spawn camping problems because of its ammo, it'd be a fine gun if it didn't reload all of its shells in a single reload at an ammo station, not only that but I think PR knew of this ammo problem so he and his intelligent brain racked a solution of making its price 45k, but it clearly didn't work since there's still a mob of people with Chinalake in every lobby. Even if spawn mechanics were reworked, the weapon would still generally be feared by all zombies since it's ridiculously overused for its price and extremely effective in camping spawns. Personally, I think it should be limited to reloading 2, maybe 3 shells? Reloading all of its shells, even with its price and rank, you'd think would be, out of the question. Overall, I really despise Chinalake in its current state, it's impossible to get anywhere as a zombie, with that weapon around.

I agree with the Jetski part, deadly waters can SERIOUSLY mess up Jetski use (Since you cannot jump off of it.) However, despite the fact of your egregious grammar in some parts, It serves are Map Filling tool to not make maps too empty and sometimes are putted there due to theme of the map. I don't understand what you're fretting about if a digger pops up and knocks you into the water, THEN DON'T GO NEAR THE WATER, and as I stated previously, yes. Jetski is basically a joke when used on maps with deadly water. However, that's also why Jetski is a very unused mount, with the only exceptions being maps vastly covered with water. I mean, it's either deadly waters or a wall and kill- zone. But I generally think making it so the waters kill you over time is an AMAZING idea. That way, the problem with diggers are completely negated, Jetskis become a slightly more bearable mount, and it still acts as an impassable obstacle. Essentially, just making the waters deal damage over time negates your entire problem. The final issue I have with this post is the suggestion you made at the end. You suggested that instead of the deadly waters killing you outright, you wanted them to be swimmable in certain areas, but a kill-zone in others. 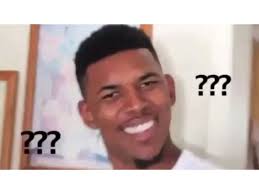 (edited by Travin898)
A reply to DreamyDude
0

@NotSoSpookySpook | You're absolutely right, it's very stale and redundant. However, not many people have the same opinion as you, you're a minority. The majority of people don't really care about the events being extremely repetitive as they're usually either raging about either how stupid and unfair their death was or overtly excited about the event, very few people ever complain about how stale these events are, which usually they aren't? I'm confused on what you mean by "stale" just because it's repetitive doesn't mean it's stale, it can be repetitive yet still be good. For example, you're getting upset at the redundancy of the event's pattern rather than the event itself which is confusing to me. The event, quest, exclusive items, maps, and collectables are usually all original. So in actuality, you seem to be upset at the redundant pattern in-which the events are done, instead of being upset at the events themselves. The pattern of the events doesn't matter though, what does is whether they're fun or not. Not only that, but you said the only thing that's original in the events are the boss and quest which... usually are the event? Not only that but the "redundant" pattern adds anticipation for the exclusive parts of the quest. In other words, they know the number of things they'll be getting, but not the things themselves. And the community isn't bored at the event, they're bored at waiting for the event, a simple misconception.

The new leak is me committing neck in rope.

All of them, mash them all together to form one.