Story mode would be a single player thing following a traditional campaign system like halo for example.

Bruh ikr and it's the second time hes done this to me.

I dont doubt he does this to anyone who kills him

Heres the video if anyone wants to see it, make sure not to kill this guy or he will 100% votekick you 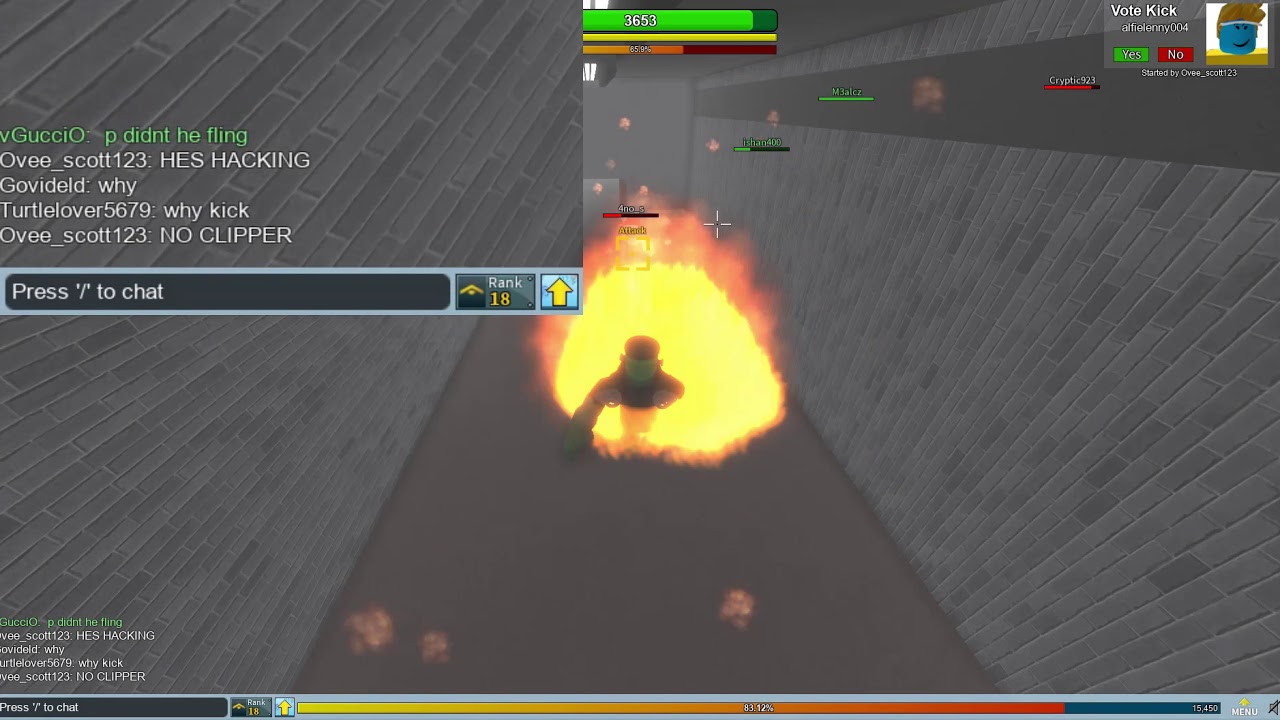 I was playing a campaign server and I spawn as a brute.

Killed this guy called 'Ovee_scott123' and he vote kicks me, and starts spamming "NO CLIPPER" in the chat and everyone in his party also starts calling me a noclipper.

Literally false accuses me of hacks then vote kicks me because I killed him, and he had like 5 people calling me a noclipper so the entire server believed him.

I recorded the entire thing so thats pretty funny too lol

Im saying the other mounts are very situational, (which is how they should be) while bunny and ducky can be used anywhere with out any issues

How is bunny balanced if its literally 20x better than rhino, crab, pumpkin, sleigh, tripod, grill and jetski.

The thing with these other mounts is that they are situational, thats what makes them well balanced.

Bunny and ducky can both be used on ANY layout, ANY gamemode on ANY map and work

It's easy to say bunny is balanced when ducky exists, but bunny is still far better than every other mount

The only reason people think bunny is balanced is because ducky is so op.

If ducky didnt exist i guarantee people would start complaining about bunny.

It's easily the 2nd best mount and way better than the rest.

Mounts arent meant to be direct upgrades to your layout, they should be helpful but situational like rhino, crab, pumpkinbot, tripod etc.

But bunny and ducky can literally be used on any layout, gamemode, map and carry you to win 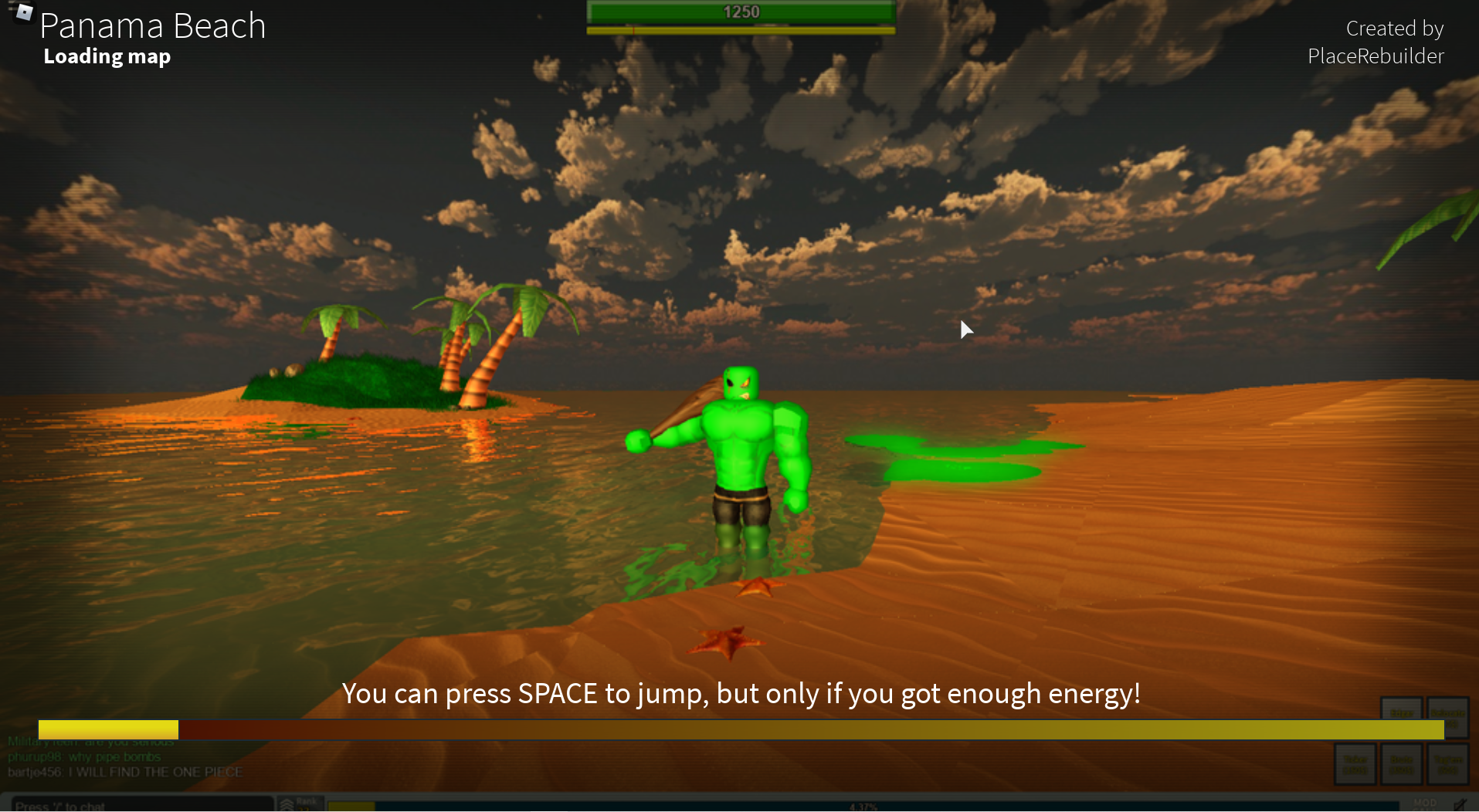 @NotThatNotThere Just because people "wanted it", doesnt mean it's a good addition to the game. Legit the old event weapons were so much better, when they were just small fun things and not things that can literally carry you in PvZ rounds

This is something that no one talks about so i just wanna rant about it real quick, i'm talking about the ducky mount and bunny mount and how they are making this game boring / easy as hell and noskill

Think about this. You are playing a zombie gamemode and you are in a bad situation, zombies are everywhere closing in on you. What do you do?

Situation A: Before ducky and bunny were added you'd have to come up with a plan, maybe throw a pipe bomb, do some parkour or crash through a window to escape. Fun options that made the game difficult / intense

Situation B: Press M and reach the top of the map within 10 seconds

Like seriously, it takes away all the challenge. The old R2DA was harder and actually felt like a zombie survival. Being able to just press M to get away from anything is boring, so boring.

What happend to mounts being small boosts like rhino and crab.

Bunny and ducky are legit so op that they can carry you through survival game modes. This is one of the many reasons why i think old R2DA was better, you actually had to use your brain to escape bad situations.

There's no reason to think about the best option or to actually get good at this game when you can just spend 90% of the round in the air.

Not only that but they are also insanely annoying to fight as a zombie. It is so unbalanced in a zombie survival game to have this much vertical mobility, and 99% of people who disagree with me probably use the ducky or bunny mount themself.

And don't even get me started on melee smash. That gamemode always has the timer run out because the god damn bunny and ducky users just stall the match so much.

And before anyone says "you're just jealous u dont have them""".

I do have them, literally have every mount in the game, but that doesn't mean that i can't hate them.

In conclusion, this game should go back to the old mount system. (basically they werent overpowered and spammable)

I know im in the minority here. Most people like these mounts (probably because they are carried by them lol).

In general zombie gamemodes are just getting worse and worse with all these new stuff being added like chinalake, vertical mounts, etc. I wish I could go back to the old r2da where the zombie modes were actually challenging and fun.

why are you all talking about chinalake on a thread about boo buster.

this is why the thread isnt dying, stop complaining about the thread benig revived if you're the one who keeps coming back.

(edited by Alfielenny004)
A reply to Jokingmurder
0
HyperStudios wrote:
Alfielenny004 wrote:
HyperStudios wrote:
Only ever used this against tablet users.If they get there own pvp then I will happily accept this gun getting banned from pvp.Tablet users with aimbot for any weapon is alot more op then boo buster people.
and yet im willing to bet you use the boo buster against pc / xbox players as well.

not to mention, mobile users are playing on bad controls,

and can't immediately kill you as soon as you spawn.

Do I think mobile users are balanced? No. But they aren't any more of a problem than boo buster is

You can bet whatever you want I really don't care.Also I know they have bad controls but aimbot in pvp is an absolute no.Thtas why I think they should get there own battlestation servers that only tablet users can play in.And also they are way more of a problem then boo buster as they can easily kill you from any range while boo buster is only close range.

lmao, i have a perfectly valid argument and the only thing you wanna say to respond to it is "I don't care". so you do use boo buster against regular players lol.

Oh and, mobile users can't immediately kill you through force field as soon as you spawn.

Did you know ice gun is banned in pvp? Ice gun is 100x less overpowered than boo buster yet it's banned.

(edited by Alfielenny004)
A reply to Jokingmurder
0
HyperStudios wrote:
Only ever used this against tablet users.If they get there own pvp then I will happily accept this gun getting banned from pvp.Tablet users with aimbot for any weapon is alot more op then boo buster people.

and yet im willing to bet you use the boo buster against pc / xbox players as well.

not to mention, mobile users are playing on bad controls,

and can't immediately kill you as soon as you spawn.

Do I think mobile users are balanced? No. But they aren't any more of a problem than boo buster is

(edited by Alfielenny004)
A reply to Jokingmurder
0
because it's a geniune issue people care about?
(edited by Alfielenny004)
A reply to Jokingmurder
0
Icantdoeverything wrote:
nerf or no nerf, barret is still op. nothing changed. people say "barret is best weapon" when it's most of the time harder to avoid than boo buster. literally one shot to the head from a barret, and it's over, instantly. with Boo Buster, they actually have to get close to you, which can be countered by EVERY weapon with long range. even shotguns can save you from the Boo Buster. Just use other weapons.

I think you forgot to use barret you need to use this thing called aim.