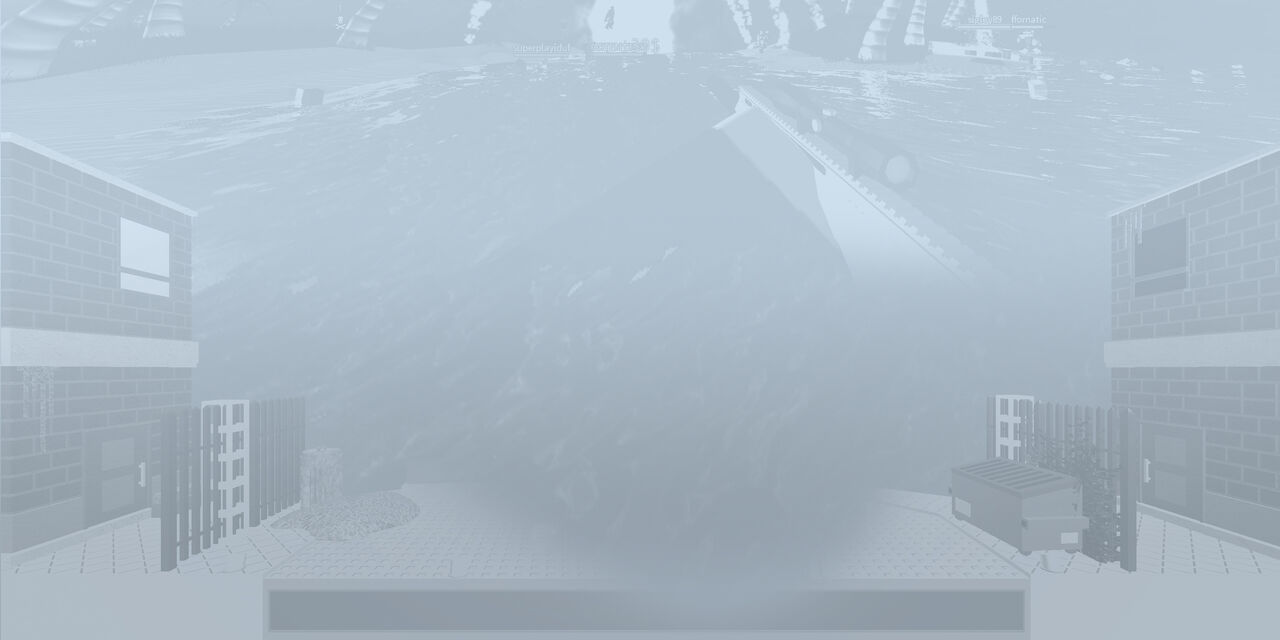 PeridotIsWithYou wrote:
some of ur energy could be better put off on writing doctorates bro...

I don't know, I can hop into a server right now and the Flamethrower is completely usable. There's always been an issue with the usable range of it, but it's still great for spawnkilling. Sure, it's a little harder to use than the Chinalake, but it's also much more ammo efficient, doesn't confine you to using the Flak Vest, and pretty fun. I've used the Flamethrower multiple times without Napalm since the nerf to test out the difference and it's still a great weapon without Napalm, so adding Napalm on top makes it great.

"and these are only the regular buffs. you talked about the brute and regular zombie, but completely miss the other points on how a c4 leaper can jump in your face and due to the flamey's short range, end up blowing up the user. the digger can go underground and come up next to you, and the deadvelopment center allows them to gain a beautiful 400 hp. edgars can grab you at a distance way longer than your attention span probably is, and stalkers can shield and run up to you."

Alright, I'll go by this step by step:

A C4 Leaper can jump in your face, but it's a lot harder to deal with a C4 Leaper with the Chinalake than the Flamethrower if it's jumping around  unless you catch it on the ground with a indirect shot. With Flamethrower you can easily spray it for a second or two then jump away to dodge the explosion.

Diggers have always been able to do this, but the fact that the Chinalake is completely unusable at close range compared to the Flamethrower being easily able to shred a Digger means that the Flamethrower wins out here - regardless of Digger HP.

Edgars are, also, way harder to deal with when using the Chinalake compared to the Flamethrower. Bringing a secondary nullifies this issue completely with both weapons, however.

I can see how some would think that Chinalake outclasses the Flamethrower, but Flame is still one of my favourite weapons to use and chill out with.

The first post was from cloudist ,not me, pointing out how you're "out of touch" with the game which I agree with.

Holy shit, finally someone who doesn't blame the gun but instead the vest that makes it OP. Flak is too good of a partner for chinalake, going so far as to only give the gun extra slug rounds. Nerfing a gun would cause a bunch of commotion anyways, so nerf the vest instead. Nobody will fight too much about it nor care that the resistances to explosions was reduced from 80 to 70 or 65%.

Also, dropping 45K on a gun and 180 a round as a mid rank is a huge investment, so that's why you'll see them grinding in PvE. The game is centered around grinding and it just so happens that zombies spawn in predictable places and really doesn't help how zombies spawn in hoards at singular spawns at a time.

Yes, the synergy with the Flak was a smart, well-thought out idea - but too strong in practice. The Flak providing explosive protection should be enough synergy by itself, but adding the fact that it adds extra shots on top is too much, especially when compared to other vests. No other weapon has a synergy comparable to the Flak + Chinalake combo, which is a reason why it's so prevalent.

With other weapons, the choice of armour is diverse and you have many possibilities, but with the Chinalake that decision is made for you, which makes the choice a lot more attractive to players.

Its also broken because it takes no skill to use. You land that grenade anywhere near a bunch of zombie, it will oneshot all of them. Zombies spawn in clusters making them easy targets.
Flamethrower also takes no skill to use and kills mass clusters and it takes little skill to spawnkill regardless of your choice of weapon. Tri-Blaster, RPG, and M202 can perform similarly to the Chinalake while not taking up the primary slot. I see little issue with the fact that the Chinalake is good at spawnkilling - I see the fact that spawnkilling exists to be the real problem here.

Lol you brought up flamethrower. Cloudist wrote a big post that you never saw because the thread was closed

yes okay it takes 1 second to kill a fully maxed out zombie, but how fast do you think it will take for them to cover the distance of 36 studs (with by the way, probably maxed out speed and stamina) while you're burnign them. a max speed zombie can run at 30 studs/second and it takes a little over a second to burn. judging from the fact that most zombies will be within your 30-20 stud radius (imo, your actual in-game range and not the actual stats, as in the heat of the moment, you wont actually be able to take out a zombie at exactly 36 studs as players are constantly moving and ping differences can affect gameplay). this means that zombies are able to bullrush you and cover most of the flamethrower's range in 1 second and most likely will be able to do a meat shot before you're able to kill it. with zombies now being able to dish 26 damage, a low priority zombie turns into a god quickly.

as for a brute, you must remember that again, nobody is going off of the max 36 studs as the game is cosntantly moving. since your gun doesnt excell at long ranges, it will be hard to kill the brute unless you're near it which is extremely sad as brutes now can deal 200 damage at max upgrade, and have a base hp of 2.5k which can go up to 4k. this means that it's up to you to get dangerously close to a zombie with the potential of disabling and one-shotting you. since the explosion radius of a brute smash's club cant be anymore then 10 studs, they already cut off ~1/3 of your range, forcing you to stay back even further and allows them to put the user at a major disadvantage, as the brute club can also be thrown.

even if you're not the only one attacking it, you attacking it will put you at a risk in general and in the game of r2da, teamwork cant ever be counted on. chances are if you dont handle the brute, nobody will and he'll get charged or go on a rampage.

these are only two of the zombies and im bringing up the points of the weakest and the strongest. i guess you can see how much more mobile and deadly the normal zombie is when the deadvelopment center buffs his speed, and how the brute can become a human meat grinder with the right amount of skill and an unlucky flamethrower

and these are only the regular buffs. you talked about the brute and regular zombie, but completely miss the other points on how a c4 leaper can jump in your face and due to the flamey's short range, end up blowing up the user. the digger can go underground and come up next to you, and the deadvelopment center allows them to gain a beautiful 400 hp. edgars can grab you at a distance way longer than your attention span probably is, and stalkers can shield and run up to you.

"if you're going to talk about the deadvelopment center, talk about it right maybe"

you choose to berade the guy for making a great point about how periodts is clearly out of touch with the game, seeing how he/she is still unaware that the napalm nerf made the flamey a very weak weapon that no longer holds a torch next to the chinalake, yet you fail to realise that numbers dont mean anything until it's put into the context of the game

so please, stfu unless you're actually going to make sense. it was a nice try to bring staistics into the argument, but you clearly dont know how to execute this knowledge and your point ends up backfiring."

event items create a sense of urgency to buy before they are gone forever, its how alot of games make money

(edited by 786r786)
A reply to Minininho02
0
LITTLEROBBY11 wrote:
i wanted to learn to make skins too. i would just make early versions of it as some sort of a concept.

it's pretty simple, get a dummy model and add: hats,shirts,pants

(edited by 786r786)
A reply to 786r786
0
Pootiscanned wrote:
Mechanic Idea: shooting the deagle too fast will damage you by 5 healthpoints, forcing the player to time their shots and not spam the weapon.

Noncommunistuser wrote: Yeah this is a bad post. P90 has better dps, accuracy and ammo which are more important that range. Also money and rank doesn't matter...

Edit: I also don't support guns that are just better or worse clones of others.

what is this a clone of?

(edited by 786r786)
A reply to 786r786
0
Perfectguest1 wrote:
Man dont you ever just tired of looking at deagle ideas tbh i would just bring rpg instead of this

(edited by 786r786)
A reply to 786r786
0
RandomSupremeNoobXD wrote:
wth the reload time is unrealistic even the Peacemaker is faster