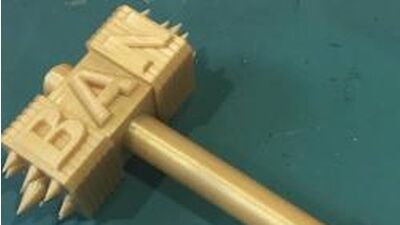 This Wikia and all other Wikias are all about cooperating with other fellow users, taking care, understanding and having tolerance. Treat users well, have a friendly conversation, and get to know each other. This way you'll be respected and loved, it's guaranteed! Preventing evildoers from...

There are a bunch of hackers/explotitors using gravity and anti gravity.

Ight before you say there are no such things as kick rules, let me explain.

I know there's default servers, but they don't provide better maps like Void or Quest (I think). And VIP servers are just full of wonders.

But since VIP Servers has no rules, Owners or even people will kick people for no reason.

I got kicked for when everyone died and I was the last standing, with Frosty at 700 health. People said to reset but I had a chance with bombs before I ran out.

Then the owner or some salty dude, idk, kicked me for not killing him fast enough.

Now you might say "Well just join a different server", there may be no all bosses servers, and you might not be a high enough rank to get into a server that allows certain ranks.

And Mods can go in since there are in-game rules, not VIP Rules.

I'm expecting a lot of people who agree and disagree but I made my point.

R2DA is a wonderful game, but you can't just have a game where people kicked you for stupid stuff.

I'm not trying to start anything. I am just pointing out my reason.

I do however hope PR can at least establish some rules so it can be even for everyone.

I personally think that there should be a false vote kick rule, I've been in several if not dozens of servers where people vote kick others for reasons that are incredibly stupid, from killing another persons friends, to "ruining a game of Simon says." Nowadays, you could even get kicked from using Toy Hammer in melee smash or Boo Buster in team deathmatch. I've even witnessed a mod vote kick several unlucky people because of the reason of "Whoever is under me gets vote kicked" and then those people getting kicked because people join in for a joke. I wasn't one of those people but I felt heartbroken to see a moderator disrespect someone who was inferior to him for some terrible joke. In one of my cases, I was arguing with another person because she vote kicked someone for killing her, I was asking her why she kicked him and she called me out for being one of his alt accounts, I got kicked. The concept of vote kicking seemed like a good idea for kicking exceptionally salty people and/or hackers, but now it has evolved into the salty people kicking people they're salty against. I don't want to tell you the mod that repetitively vote kicked, but *cough cough Zurnos cough cough* yeah...

Now before you go off, people who bought VIP Servers deserve their own rules since they bought it. But like my last post, some VIP Servers are just... stupid. There should be VIP rules since Moderators and Admins, etc, can enter to see a problem. I know that there is no such thing as a "False Kick" or "Kick Abuse", but I feel like VIP owners or people abuse this rule of no kick rule and just kick people that didn't deserve to be kicked. I know this because I saw this. Because of my last post. I'm not gonna start up a argument here but what's your opinion about VIP Servers in general?

So I'm on a kick streak today... and by that, I mean I've been kicked for the dumbest reason a person can think of.

I was opening my presents today in TDM and then all the sudden I get perma banned for "trying to equip red present without owning it" im also rank 50 something. Hopefully if you're reading this and you have any idea on how to help me, my username is PancakeShoes.

Uh don't get out of hand with this, ok. Ban guide link for reference, may or may not be outdated. Though the real question should be the staff members tho.

Uh maybe another thread in the future.