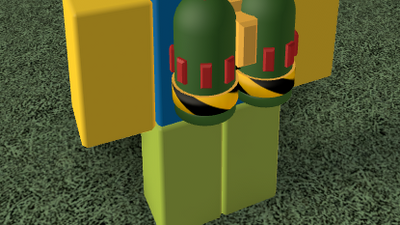 The Jetpack, otherwise known as a Rocket Belt or Rocketpack, is a device that is worn on the back of the player which uses jets of gas to propel users vertically and effectively escape hordes. Unlike the DEMO version of the Jetpack, this does not regain fuel and the fuel capacity is... 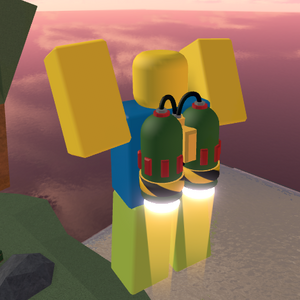 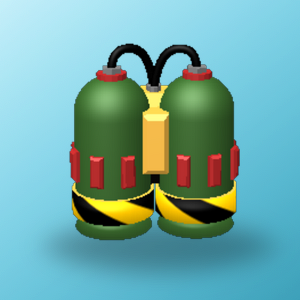 Yes i am back with another HORRIBLE Idea that wont even get accepted!

Story:The survivors where happy with the current jetpacks but how ever some complained it drained to quickly or it got jamed so Gamer Productions made the hydra jetpack but unfortunately the wiring was messed so when you run out of fuel the jetpack explodes.

65 Damage Explosion Happens When Out Of Fuel

The Hydra Jetpack Also Has No Fall Damage

65 Damage Explosion When Out Of Fuel

I am just explaining to these buffs

Jerry Can:when you have it you can refill

the jetpack when empty.

Extra Ammo:when you hold F the thing will be

R when no ammo in a weapon(excluding minigun(unless if you use mini minigun)) you will refill the ammo(this also reduces the ammo count to 1).

The Firework. Firing. Infected. Drone or simply called F.F.I.D is a dangerous, very durable, and fast flying zombie with the assistance of its robotic vehicle. This zombie can launch 5 fireworks from its cannon to a survivor leading them to burn or get injured by the blast radius. Note that this zombie has a limit of 3 to make this zombie balanced. This drone also has built-in headlights that can be turned on by pressing X. This feature is useful at dark maps such as Terminal Decay, New Bloxcoast and Sewers. You can also fly with its built-in Jetpack that functions exactly like the Jetpack that the survivors use, it also has fuel that depletes when using it but it will refill overtime.

Technology can be a man's best friend, or it's worst nightmare.

The more shorter zombies during the apocalypse needed some aid. Of course, with the SANI virus only destroying these former humans more, the SANI virus made their short features even shorter, resembling only tiny, almost micro zombies. These zombies were not able to survive, of course, with their very weak and fragile selves along with their ability to scavenge for food very limited.

These small zombies soon found an equalizer, a few leftover drones abandoned from the earlier days of the apocalypse, when the military was experimenting with zombie-killing drones. These zombies soon found out they can fit, fly and even control these tiny drones, using them more like vehicles. Soon, all of these former insignificant tiny zombies had become deadly menaces from this technology and had spread all over the place. How the tables have turned.

Credits to Legovoa for the awesome story muah thnx :3

Firework Launching: press E then your cursor will now become a big red target. Clicking once confirms the location. Then, your cursor becomes a blue arrow which spins around the targeted area which then dictates in which directions the fireworks will be launched at. Clicking again confirms the direction. After that, your fireworks will start launching at the area you picked for them to launch. (Note that you have only a 40 studs range at launching the fireworks so you won't abuse this mob that much). Consumes no stamina but leaves you vulnerable to survivors while firing the fireworks. It will only launch 5 fireworks. It will launch a big firework that will eventually turn into 5 small fireworks that will deal 25 damage per rocket. Has a 15 seconds cooldown to prevent spamming of this attack.

Flight: Hold the space button to fly with the built-in jetpack. Consumes no stamina but consumes fuel that the jetpack uses to propel you but it will refill overtime.

Flight Boost: Hold the F Key to boost you up to 55-60 studs that will help you escape angry survivors! Consumes all your stamina and Jetpack fuel so use it wisely. 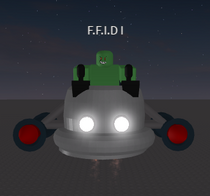 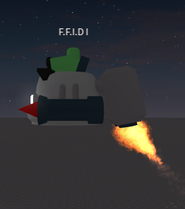 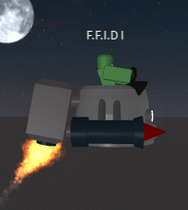 Right Side View
Add a photo to this gallery 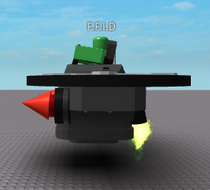 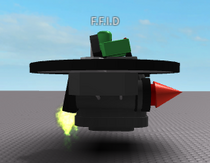 If you read the title, you know what I'm talking about.

In singleplayer, you are not allowed to bring jetpack which is really #######.

I think jetpack should be allowed in singleplayer because of:

2. You can abuse glitches in singleplayer.

3. The only reason singleplayer exist is to farm.

4. You can hammer abuse