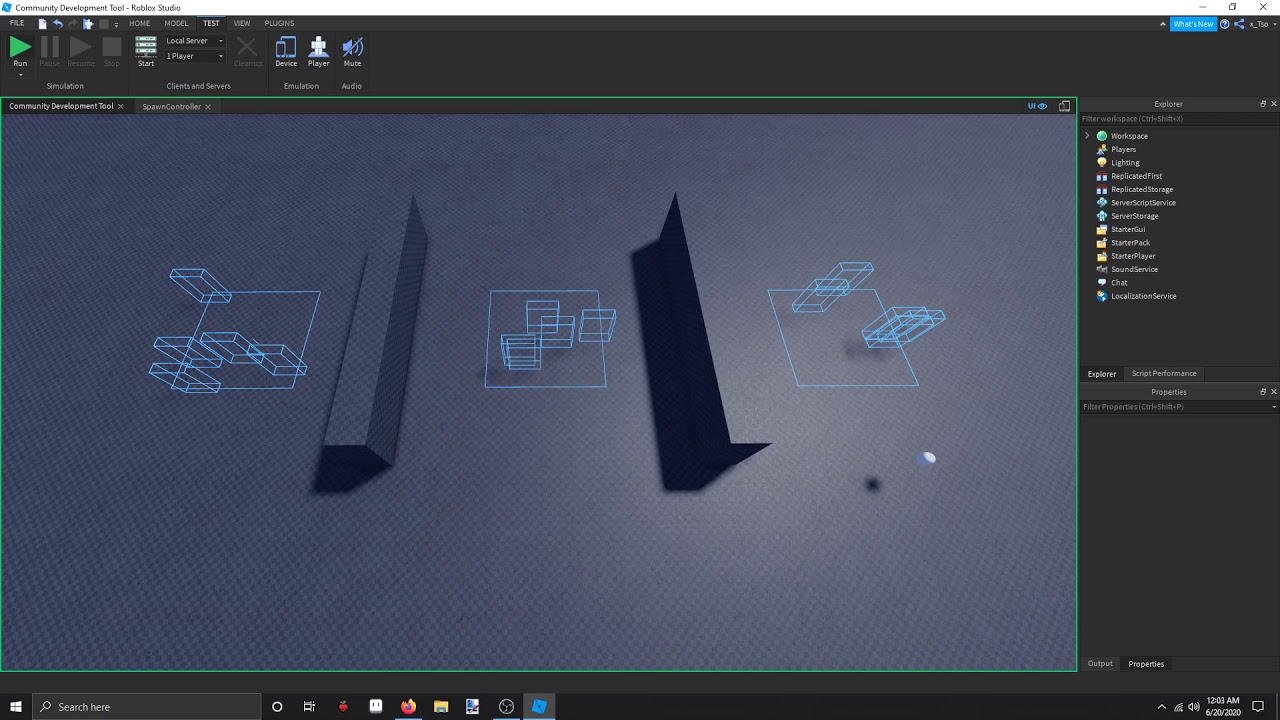 Algorithm's goal is to move the Arrow-Marked Blue Player into one of the three zones in which no Red Player can see them. Also able to prefer a zone near a teammate (another Blue Guy), or away from a teammate.

Initially tried this back in late-March, yet the algorithm was unstable and unintelligent. Retried 3 months later, and now it's much smarter!

Proud of what I've accomplished.

What if red players are at all spawns like in r2da.

So each survivors guards a spawninging spot so no zombie spawns... EZWIN

@TrueBlueHairGuy A fail-safe prevents that.