No. youre not the first person to post that

Shoutout to the idiots who couldn’t pick up sarcasm

Alright, I shouldn't have to open the image in a new tab and zoom 150% to read it.

Also, just like @Totodile0158 said, Cap is not serious.

He's mocking people who legit think that he made the Chinalake to be a spawn-killing tool. Not his fault people found a loophole in the game and the Chinalake just so happened to be the best tool to abuse said loophole with. 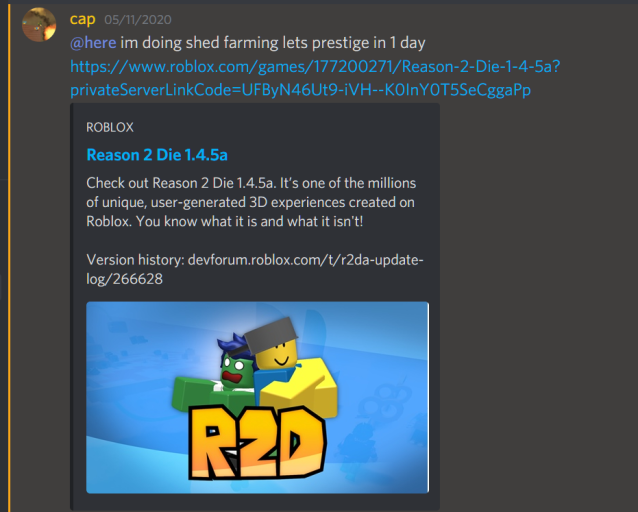 Yes. He literally started a "group" of sorts that is meant to prevent Shed Farming entirely. In the video where he talked about the group, he mentioned he set up a bait server. I can only assume that is that bait server.