We are back again, but this time with three new weapons. Two are returning weapons from R2D 2014, and another is a collaboration between me and National_Rascal. This was a first time weapon for us as we haven't worked on an automatic weapon before, but we've definitely pulled through and tried our best with presenting to you our idea of the MP5. The other threads will  be up later down the line and I will provide links to them on this thread when they are made, but for now take a look at what we've done to bring back MP5.

EDIT (10/26/19): Added how many bullets you get from extended mags since I forgot to say that. 72 KUDOS IN ONE DAY, THANKS EVERYONE!

EDIT (5/17/2020): WE DECIDED TO REMASTER THE MP5 AGAIN! THANK YOU FOR CONTINUING TO SUPPORT THESE SUGGESTIONS, IT MEANS A LOT TO US

I decided I won't remove the previous images and animation video that was made for the original MP5 release, they wil be archived at the bottom of the thread if you are interested in seeing a comparison how everything has changed.

The MP5 is a returning weapon from Reason 2 Die 2014. It is now a primary that packs a punch instead of being a secondary from its previous debut. The MP5 has unique attachments that physically alter the gun itself that makes it ressemble other variants of the weapon. It is a mid rank SMG that is unlocked after the Skorpion.

The MP5 is a weapon that veteran survivors might remember from the very beginning, but also their unfortunate manufacturing error which made them eventually fall apart into disrepair and eventually becoming discontinued. The CEO of Sinister Arms Inc. heard rumors of a large supply cache before the apocalypse that was never looted, so he gathered a team to check it out. Those men never came back, this time, the CEO himself went with another team.

When they arrived where the goods were, they stumbled across a group of 5 mysterious men already trying to open the supply cache. The leader distracted the CEO's team while the others performed a surprise attack which wiped out the entire mercenary team. Violently.

The leader of the mysterious group was about the execute the CEO... before another person of the group interjected how little of a challenge killing scavengers was. The leader agreed, sparing the CEO and telling him he can have what's inside. The doors weren't even locked, it was evident to him that the group used this supply as a lure. What was inside was a large supply of SWAT supplies and a massive supply of perfect condition MP5s. So much that the CEO was inspired to return the MP5 to the hands of the survivors, in a much better condition once he reverse engineers the ones the found into a sustainable manufacturing model. The price was made to be affordable to as many survivors as possible as a thanks to the fallen men during the incident, and how their sacrifice wouldn't be in vain.

Unlike the other two weapon's we've created (1886 Winchester & Model 1887), currently we have no thoughts on a new animation pack for this weapon. However, we did have ideas on what we could do with the weapon itself. The attachments Stock, Silencer, and Laser, all change the MP5's model as they are all built in and not slapped on attachments. The other attachments however, do not alter the MP5's actual model. We created three variants of the MP5 models that correlate with the attachment.

Adds a laser attachment on the rail of the MP5, grants +30 Accuracy

Equipping the MP5K attachment will make MP5 function as if you are double equipping two secondaries like you can already do in the game. 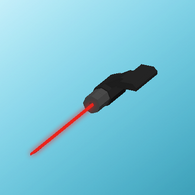 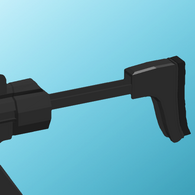 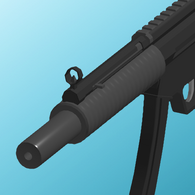 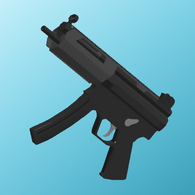 MP5K (Secondary)
Add a photo to this gallery

If our poses or animation video isn't enough to help you visualize this weapon, I went ahead and posted some videos below for you to check out to see where we got the ideas for some of these animations and poses.

I can't think of a special one liner this time pretend its something to earn your kudos.

Animations are now entirely remade (WITH THE CORRECT RIG THIS TIME) by the original animator, fusionFSJAL. Does this give you memories?

MP5 is only the first weapon that is in line for our plans on bringing back the rest of the weapons from R2D 2014 into the light again. We went all out on the model, the attachments, the animations, and most importantly the backstory of course, was so long we had to make a summarized version and create an entire new thread about the backstory because of how much I liked it. We are currently working on M1 Garand and AK74U at the same time to get them out ASAP. After these weapons are done, we plan on working on Chinalake, Crossbow, and Crowbar as the final three weapons to our line up. After all the weapons from R2D 2014 are made, we are going to work on low and mid rank weapons to help with the new player experience. Don't worry if you think they are overpowered or you instead want gun balance changes as I have already spoken to PR about those concerns, he is going to implement those changes later into the future, but for now I hope you enjoyed our third suggestion. Give us some kudos if you support our idea and give us some feedback and criticism, it's greatly appreciated.

Even though it's been months since this was released, thank you. Now that we had the time to improve on our previous projects, what do you think? Let us know again in the replies.

We made the poses somewhat generic, usually animations you'd expect nowadays, however we tried to make the gun as unique as possible in terms of animations. The sprint pose you see in this image is different to what was actually created as an animation.

Unlike the other two weapon's we've created (1886 Winchester & Model 1887), currently we have no thoughts on a new animation pack for this weapon. However, we did have ideas on what we could do with the weapon itself. The attachments Stock, Silencer, and Laser, all change the MP5's model as they are all built in and not slapped on attachments. The other attachments however, do not alter the MP5's actual model. We created three variants of the MP5 models that correlate with the attachment.

MP5 Suppressor
Add a photo to this gallery

We recruited a new animator, fusionFSJAL, to animate the MP5 poses for us. The run animation was changed last second to be something you'd see in PUBG if you sprinted with a SMG. We hope that the animations will satisfy you.

machine pistole 5 is one of my first suggestions and the first time i posted on this wiki.

Rangey wrote: b u m p

please stop this is necropost

(edited by AtypicalBarrettUser)
0
Rangey wrote:
b u m p

bro ur not allowed to bump other peoples threads, only the owner