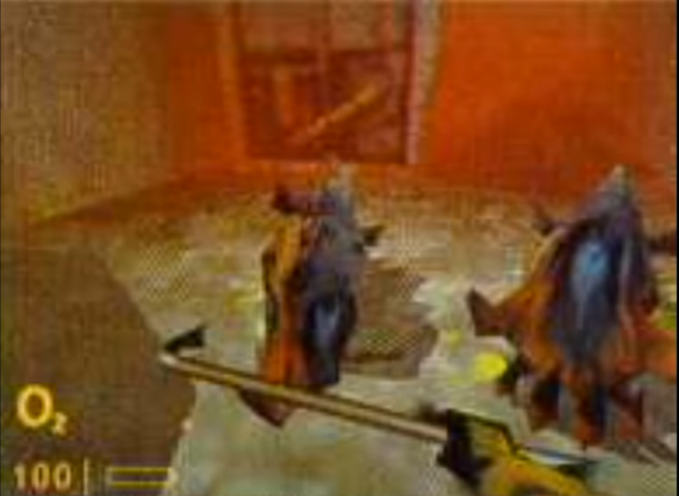 A furry getting kicked in the a

0z 100. Two non-bipedal creatures. An adult male holding a crow bar. A redish glowing wall. On the left there is another old wall.

A screenshot of the famous and classic game from 1998, Half Life. This game is a first-person shooter game developed by Valve and published by Sierra Studios for Windows in 1998. It was Valve's debut product and the first game in the Half-Life series. Players assume the role of Gordon Freeman, a scientist who must find his way out of the Black Mesa Research Facility after an experiment with an alien material goes wrong. The core gameplay consists of fighting alien and human enemies with a variety of weapons and solving puzzles. Unlike many other games at the time, the player has almost complete uninterrupted control of Freeman, and the story is told mostly through scripted sequences seen through his eyes.