Back then, I was all over the field

But then came more, and I was useless to wield

Attained, unlike from I, by a key

If I said my name, would you even bat an eye?

Maybe, maybe not, but soon I will try

Hint 2: It doesn’t appear in your inventory

K first one to get it wins my attention

I’ll give you guys to the end of the day

I'm out of ideas, so Frost Knuckles? 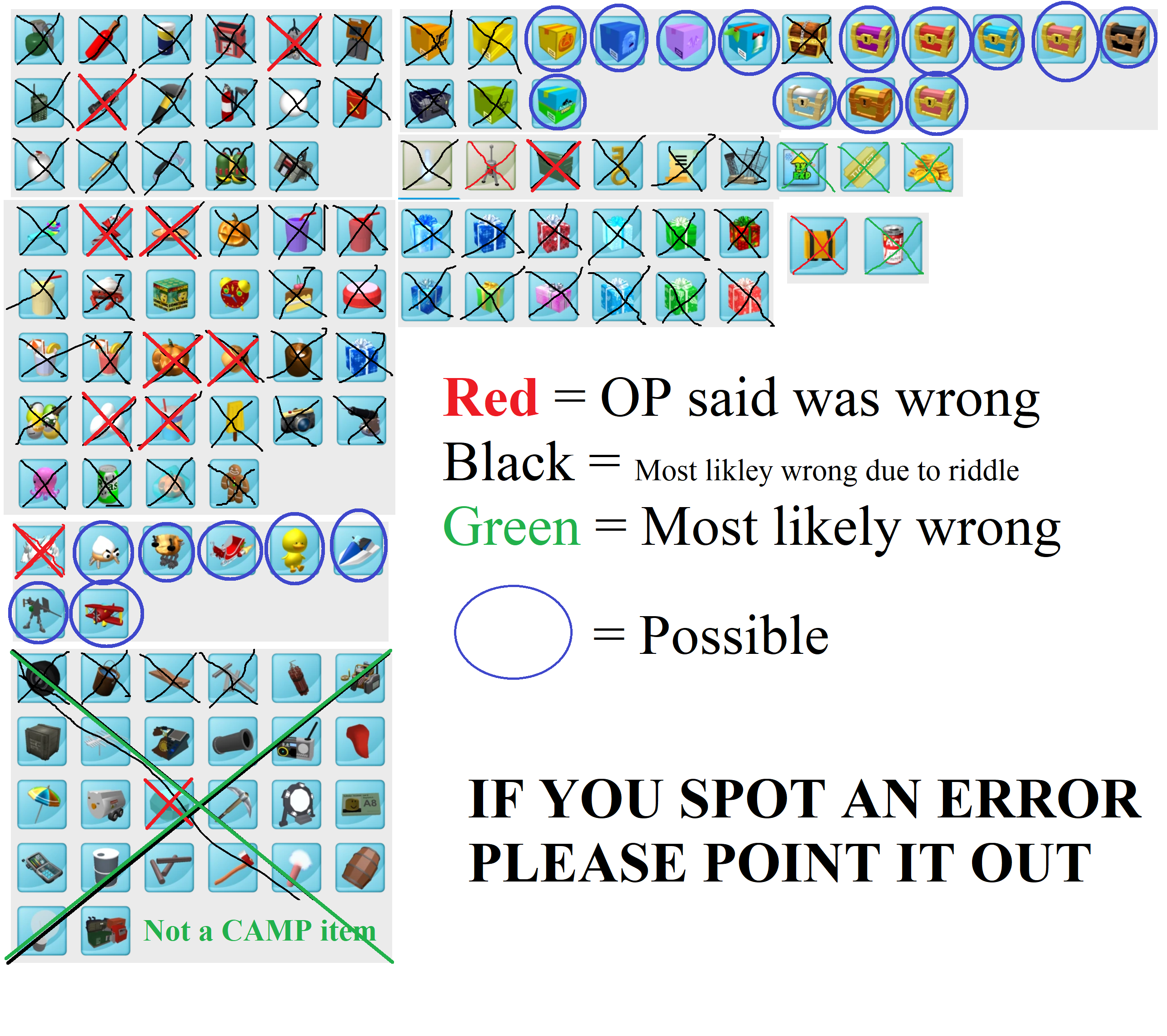 It is most likely a mount, and I think it is sleigh.

Back then, I was all over the field (Everyone spammed sleigh)

But then came more, and I was useless to wield (Better mounts such as ducky came out)

One year later came another like me (Plane was added, the other flying mount)

Attained, unlike from I, by a key (This is the one I am the least confident on but Frost JR dropped a key when he died)

If I said my name, would you even bat an eye? (The last 2 lines are just about how no one uses it now)

Hint 1: it's an item (Mounts are considered items)

Hint 3: The first of its kind didn't exist until late 2017. (That was when mounts were added)

So my guess is Sleigh, if that is wrong I am 90% certain that it is a mount.

YESSSSS YOU GOT IT

Why did my message duplicate itself lol

Wait nvm someone Said that