Ight before you say there are no such things as kick rules, let me explain.

I know there's default servers, but they don't provide better maps like Void or Quest (I think). And VIP servers are just full of wonders.

But since VIP Servers has no rules, Owners or even people will kick people for no reason.

I got kicked for when everyone died and I was the last standing, with Frosty at 700 health. People said to reset but I had a chance with bombs before I ran out.

Then the owner or some salty dude, idk, kicked me for not killing him fast enough.

Now you might say "Well just join a different server", there may be no all bosses servers, and you might not be a high enough rank to get into a server that allows certain ranks.

And Mods can go in since there are in-game rules, not VIP Rules.

I'm expecting a lot of people who agree and disagree but I made my point.

R2DA is a wonderful game, but you can't just have a game where people kicked you for stupid stuff.

I'm not trying to start anything. I am just pointing out my reason.

I do however hope PR can at least establish some rules so it can be even for everyone.

Why did you mark this post with leadpipe lol

This is very true

No ones gonna read the rules kk 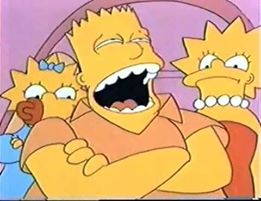 As a correspondent for PR:

Create your own VIP Server with Robux.

End Of. There will never be a rule such as "False Votekick".