R2DA Wikia
Start a Wiki
ALL POSTS
Calling people trash/noobs for some/no reason
Calling out people for stealing kills
Gets mad at people for using a specific weapon
Gets mad cause you died and targets that person
Calling themselves trash (Attention seekers)
Others (Comment em pls, I will read your thoughts)

Calling junk people / newbies for some reason / No reason, these people are characterized by being younger or older people who only act like idiots, most of them are usually older because after a verbal conversation, smart spelling and you They can end badly, can they? fight with these people? Of course, however, you must use the words well to be in a verbal combat or be the winner in such a way that you are winning, the idiot will say `` whatever '' or `` leave me alone ''

Calling people for the theft of murders, these types of people are known as the pair of clowns on the server because they do not allow you to push the weapon you need and lengthen the obtaining of that money, can you fight with this type of people? Of course, in the meantime, they tend to have a much better objective than to snatch the prestigious slaughter and will be more enraged than you if they are able to defeat them to the point where they attach an RQ

He gets angry at people for using a specific weapon, there are 2 types of people who are bad and good, the bad guy is characterized by being the clown who just wants to ruin the server so he supposedly has more `` murders '' and is the Most valuable player of the round and the good player ... just switch to an easier weapon so you can play fair with him and not fight verbally

Gets mad cause you died and targets that person, just because it is a normal round of zombies does not mean that you become very isteric to the point that you are a Russian child, it depends on the type of game or boss because that mode is not repetitive

Calling themselves garbage (Attention seekers) Mmm, that sounds like a small mockery, players generally tell themselves that they are the worst of the server because they are not, since they have more murders than others so far the game and I see that there are players who support this type of players because they think they really mean it, but they are really kidding, what do I mean? they imply that they are the bad ones in the objective that they are the heavy ones of the server that are characterized as the newbies but they are not and that it wants to imply that you are and to think that it is a very confusing mockery 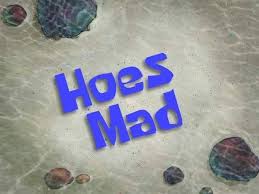 For me, I just say "Really?" and then if they give a uh... negative response back like "Yes, really" like a uh...word I won't say, I target them for the rest of the game ;)

I'd be the one to get mad because of a person using a perfectly normal game mechanic or item, like magnet in Cake Kingdom.

Only Become Toxic When Someone Becomes Toxic, Example:

Scrube1: L Your So Trash

Me: Targets Them, Once They Die I Give Em the L And Say Bad Things About Them, When As Human.. Pie Them When I Can Or Let Them Die To Other Zombies And Tea Bag Em

In arsenal I do what swager does. (when somebody say "ez" I kill them and then spam ez in the chst