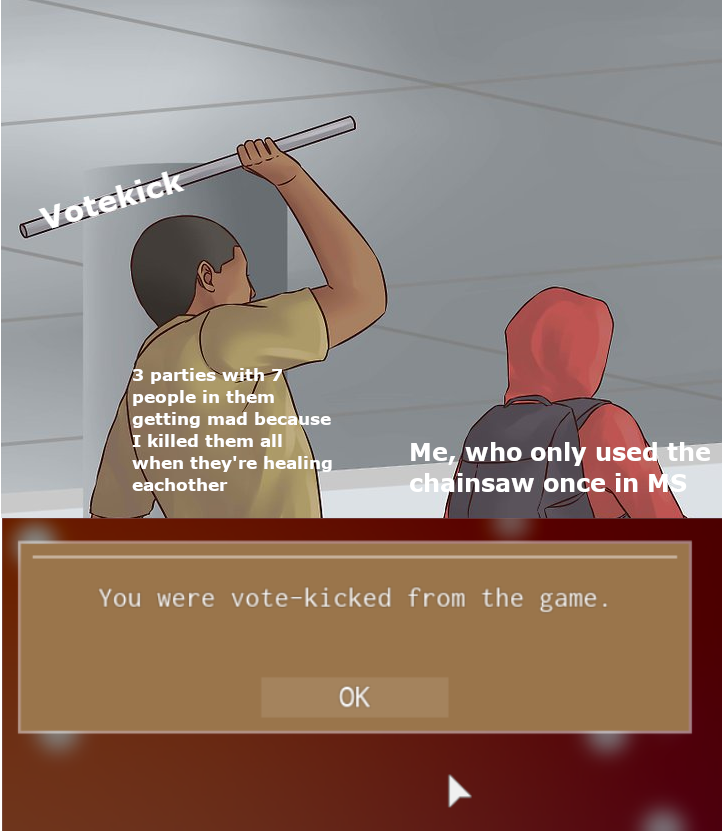 So you’re saying i can’t play with my friends

So basically completely defeat the purpose of parties existing

You can’t heal each other poopoo

Serves those trash teamers right, you did the correct thing

3 parties with the best rank (Idk) While one of them uses the flag to regenerate life, it could be said that the others do not know how to play or have a mount like the duck, while the one who regenerates life is only to distract or attack but it is the same WHILE you have duck as a mount and the chainsaw that kills with one shot And it is really easy to kill them since they attack in a group Meanwhile the votekick I think it means they can not kill you,All this changes because you did not put the ranks of the 21 players but It is very strange that 21 players give you a vote kick and i never seen a player who killed 21 players

Hold up flag can HEAL PEOPLE IN MS?

This is a big problem about the game mode since it is characterized in all against all of me and I have been in one of those `` Parties '' Nothing more for fun but I think that other people do them for mockery, great aim power, The target of a player who will always be marked until doing an RQ

Lmao just get friends its easy

Me attacks: *TOXIC TO RAGE QUIT*